A successful Australian CEO who considers himself ‘pretty intelligent’ has revealed how he was robbed of $44,000 in two highly sophisticated share scams.

Giving his name only as Lawrence, the man has told his story to warn others that it could happen to them too, no matter how smart or educated they are.

The Melbourne father owns a regulatory compliance firm, has a post-graduate degree and regularly invested in shares.

But he still got scammed by fake companies despite seemingly being approved by ASIC – the Australian Securities and Investments Commission.

Despite his business success, losing $44,000 still made a large dent in his family’s savings and he doesn’t want others to go through what he has gone through. 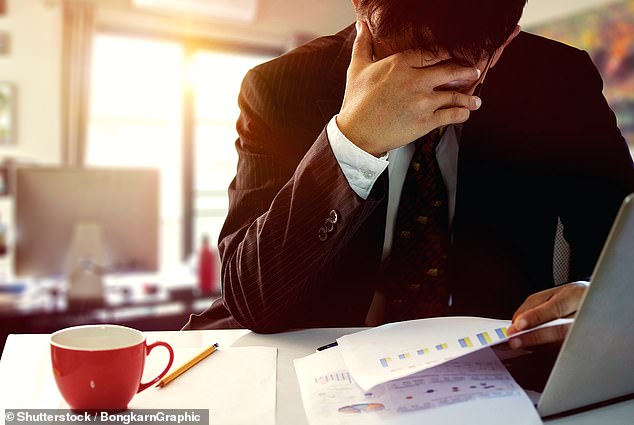 A Melbourne man has told his story of falling victim to a share scam as a warning to others. Pictured is a stock image of a distraught man looking at business information

The scam came about because he wanted to invest in a hip American electric car company called Rivian, which was about to go public in November 2021.

Lawrence searched online for a way to buy Rivian shares and found a supposedly UK company called Invystor that put him in touch with two different brokers.

‘They arranged a call from this crowd called Berenson Capital,’ he told news.com.au.

Berenson Capital, which claimed to be Australian, had a very slick website.

A man with a British accent who called himself John Alexander spoke with Lawrence and talked him through the process.

It sounded legitimate and he invested $20,000 by transferring the money into a Commonwealth Bank account.

She told him they had access to some Rivian initial public offering (IPO) shares so Lawrence transferred $24,655, this time to an American bank account. 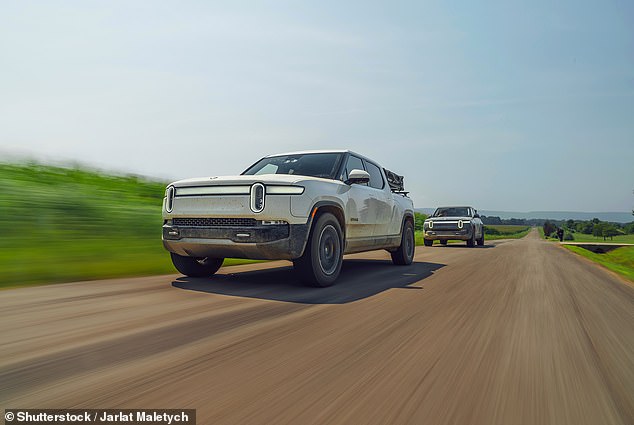 An Australian man who wanted to invest in electric car maker Rivian’s initial public offering was ripped off by $44,000. Pictured are Rivian vehicles

He did not just make the two transfers without thinking – he did what he thought was due diligence first.

Lawrence checked with ASIC that the brokerages were properly licenced and looked up online reviews of them and their UK counterparts.

Kingsway Capital Limited is a real company, but the one he was dealing with was a fake firm imitating the real one.

Lawrence said after doing all the checks he thought necessary and still getting ripped off, he felt stupid.

‘It was just a really upsetting experience. It was just so sophisticated, that was what I couldn’t get over,’ he said. 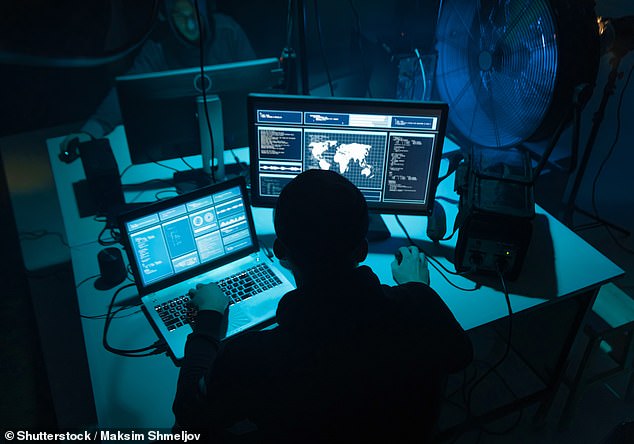 Investors have been warned about scammers who ‘clone’ legitimate companies to rip off share buyers. Pictured is a stock image of a scammer

Lawrence should have been in the money, but he heard nothing from either brokerage he thought he had bought shares through.

When he tried to call Berenson Capital, the number rang out, and ‘John Alexander’ had seemingly disappeared.

The day after the IPO, Lawrence got an email message saying Catherine Willows’ email address was no longer working.

He knew then that not only he had not made any money from Rivian’s public launch, he was also $44,000 in the red.

‘Almost all firms and individuals carrying out financial services activities in the UK have to be authorised or registered by us,’ the notice said.

‘This firm is not authorised or registered by us but has been targeting people in the UK, claiming to be an authorised firm. This is what we call a “clone firm”.’

The FCA explained that clone companies may use the name and other details of genuine firms in order to dupe investors. 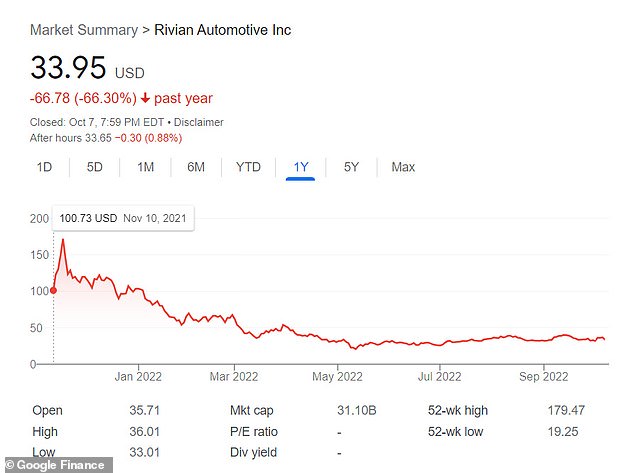 Rivian, once expected to rival Tesla in electric vehicle production, has seen its stock shrink by nearly 67 per cent since going public

Sickeningly, the scammers asked Lawrence to prove he was who he said he was by sending them his passport details, which he did.

This now opens him up to being ripped off again if the criminals, for instance, get loans and credit cards using his name and details.

The only sliver of light in the story is that he got more than half of his money back.

Bendigo Bank, which made the transfer to the US account, reimbursed him the $24,655 that was sent.

Things have not gone smoothly for Rivian either, though.

Last month it recalled almost all its vehicles over loose fasteners that could potentially affect drivers’ ability to steer.

Once expected to rival Tesla in electric vehicle production, Rivian’s stock value has shrunk by nearly 67 per cent since going public.